Showcase of Andy's most recent work


Vice - "Modern slavery is about more than just statues..." 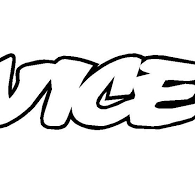 The Times exclusive - "Illegal migrants could be treated leniently.."

The Telegraph - "Meet the sex addicts who never have sex..." 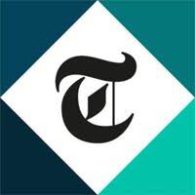 One of several Money pieces I have been writing for The Sun's brilliant "Money" ... 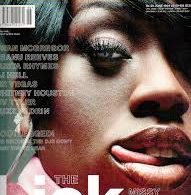 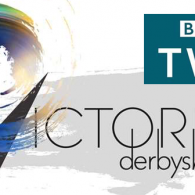 BBC 1 Inside Out: Super Recognisers

BBC From Our Own Correspondent - Shanghai goes caffeine crazy

Shanghai has an ancient history with tea...but it is now abandoning leaves for beans as it falls head over heels with coffee. Including welcoming the largest Starbucks in the world. 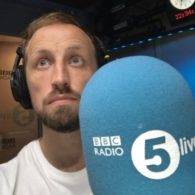 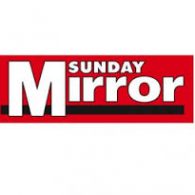 BBC From Our Own Correspondent - In the foot of an expectant volcano...

I report from the lap of an expectant volcano in Iceland to see how the extremely calm locals are still going about their daily business...

Vice: I Was MI6's Top Spy Within Al-Qaeda 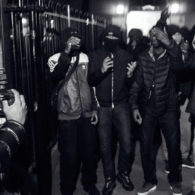 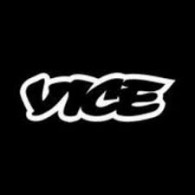 The Times - Why Aren't Millenials Having Any Sex?

BBC From Our Own Correspondent - "Meet The Goat King!"

I report from the town of Killorglin, Ireland, the place where they crown a wild goat as king for two weeks, sitting him on a plinth high above the town centre...

BBC 'From Our Own Correspondent' - All The Tea In Shanghai...

Shanghai is leaving its traditional tea houses behind in a race to get the fastest coffee hit around...

The Sunday Times - Aladdin "Browning Up"

Telegraph - I've Seen First Hand How The Asylum System Can Be Abused...

Radio 4 - From Our Own Correspondent - Caminito Del Rey

I report from the Caminito Del Rey - a tiny pathway above a perilous gorge where many have died in Malaga, Spain 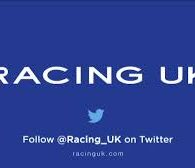 BBC World Service - How Gabon's Elephants Are Saving It's Economy 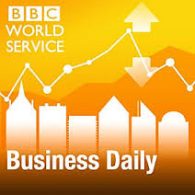 From Our Own Correspondent - Loveland 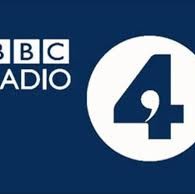 From Our Own Correspondent - Tourism In Gambia Returns... 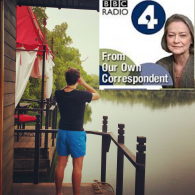 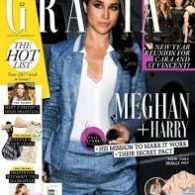 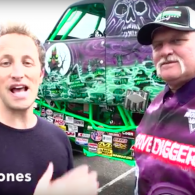 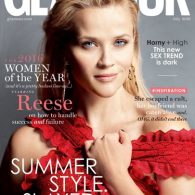 A serial cat killer is on the loose across South London...and even further afield... 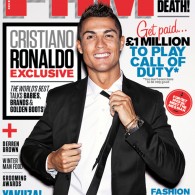 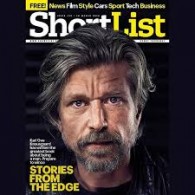 BBC1 Inside Out - 'Meet The Super Recognisers' 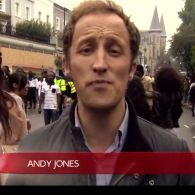 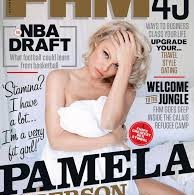 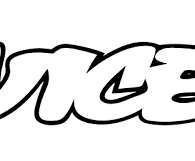 Vice - London, What's In Your Cocaine? 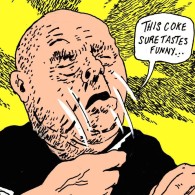 Radio 4 - From Our Own Correspondent (Kingdom Of The Little People)

Journalist and Broadcaster
Andy Jones is a journalist and broadcaster with a knack for selling stories to big audiences - whether it's a serious investigation exposing injustice or a crazy, hare-brained first person piece. In an ever changing media world, Andy has made himself truly cross platform, fronting and/or producing packages for terrestrial TV and the biggest names in radio.

In print he has written for The Times, The Sunday Times, Daily Mail, Mail on Sunday, Vice, Sunday Mirror, The Sun, Evening Standard, Telegraph, GQ, Shortlist, Wired, Metro, Grazia, Fabulous, Cosmopolitan, FHM, Glamour, The Face and Men's Health among other titles, having started his career at thelondonpaper where he was features writer and weekly 'Man About Town' dating columnist.

Recent exclusives he has broken include Walt Disney 'browning up' extras for their live action Aladdin film; a Grenfell housing association withholding £7m of overpaid rents; how poachers in Gabon are using ivory to fund Islamic terror as well as various housing scandals for Vice, including this corruption story which helped stop a deeply unpopular development that planned to bulldoze hundreds of homes. You can see other examples of his work here.

In broadcast, Andy has made and fronted packages for BBC1's Inside Out, BBC 2's Victoria Derbyshire programme and London Live News as well as pitching and producing his own C4 Dispatches story, "Who Is Getting Rich From The Housing Crisis?" which aired in July 2018, a show which broke several national stories.

Andy is also an established expert and broadcaster on the topics of sex and dating, on the back of producing over 400 articles for national press as well as having two award-winning dating columns - one in London, another for Grazia Australia. His dating life was the subject of a one-off show, The Seven Ages Of Love for Channel 4. You can learn more about that on his other work site andyjonesdating.co.uk.

As an on-air pundit, he has also featured on ITV1's Lorraine on dozens of occasions and has appeared on Sky News, C5's The Vanessa Show, BBC1's Sunday Morning Live, C5's Hotel Inspector, GMTV, the Stephen Nolan Show and two series of C5's Generation Sex.

On radio, Andy regularly makes his own packages for BBC World Service (Business Daily & Sportshour) and Radio 4 (You And Yours and From Our Own Correspondent) on subjects as varied as shadowing the Met Police as they bid to stop international pickpockets in London to travelogues from China's "Kingdom of the Little People" for Radio 4. He also contributes to BBC5Live shows like Nicky Campbell, Stephen Nolan, Richard Bacon and Tony Livesey, as well as being a frequent guest on Gaby Roslin's BBC London 94.9 Saturday show and shows across LBC, TalkRadio and other BBC stations. This can be anything from on air dating advice to soapboxing about the day's celebrity/political events.

In other print work he has interviewed celebrities like Elle Macpherson, Cristiano Ronaldo, Bette Midler, David Beckham, Simon Cowell and Cheryl Cole; built and lived in an igloo in the Arctic Circle and produced Grazia Australia's 'Guy Next Door' column for over a year.

He is also an experienced sports journalist - producing sports packages for BBC Sportshour, hosting live shows on Lovesport and also writing a sports betting column, 'Overdrawn' which ran monthly in Sport Magazine before it bankrupted him (and possibly the magazine).

He is still honoured to be asked to provide occasional tipping and input for Mirror and Express sports titles.

He is particularly proud of his guest lecture work for future journalists (Westminster, Kingston, Bournemouth and Edinburgh Napier universities, plus Bauer Academy and Go Think Big) as well as his work highlighting social housing injustices for Dispatches, Vice and The Sunday Times.

This is what I can offer

I have delivered guest lectures across a whole range of journalism courses for universities like Westminster, Kingston, Edinburgh Napier and Bournemouth (where I graduated from BAMMJ in 2006).

I offer unique first-hand experience of how to break into both print and broadcast - delivering seminars on interview technique, column and feature writing, how to freelance and how to pitch ideas.

I am really proud to have been invited back to each institute that I have lectured, demonstrating personal understanding and a keen interest in helping young journalists up the ladder - remembering exactly what it was like to be sat in a lecture hall and having huge doubts about the future.

Rachel Dungar, Edinburgh Napier's course leader.
"Andy Jones' recent guest lecture was exceptional. His tips on building a career in journalism, freelancing and specialist reporting skills were presented with so much flair that the audience of 80 journalism students were still talking about him weeks later.
Andy is a natural guest speaker - he hosted the room for 3 hours - and an inspiring role model for their age group. They felt it particularly useful that Andy is still close to their age as they could relate to his experiences in the industry. In summary: "Refreshing, inspiring, relevant."

This is what I can offer

How To Pitch To Journalists (for PRs):
As a prolific freelancer myself for over ten years experience I am confident pitching in to busy and demanding editors across tabloids, broadsheets, glossies and broadcast media - I know what works, who to contact and how to deliver a pitch successfully.
I have experience of both sides of the fence - being a busy commissioning editor and someone from outside pitching in an idea - and can ensure your product gets the best possible chance of hitting the mark.
I have provided the below group/one-to-one training for leading PR companies like Hope & Glory, Instinct, Clarion, Ketchum Pleon and 3 Monkeys, with each kindly making repeat bookings.
The seminar takes places in two halves. First, I present a seminar demonstrating - in fuss-free, punchy guidelines how to deliver a strong, incisive pitch (both by email and phone), detailing what works, what times of day to ring, which titles to target and making sure you reach the editors who commission which stories. Second, all attendees get the opportunity to perform a dummy pitch to me in private - I listen to their pitch on a landline in another room (looking at it from the point of view of an editor - be that newspapers, magazines, etc). I then provide one-to-one, confidential feedback to them by email so they can see exactly how they can tighten and streamline their pitches.
Other Media Training:
I have also delivered media talks and spokesperson training to Great Britain Olympics Swimming team, Royal College of Midwives, Virgin Money, Ancestry, Prostate Cancer, Confused.com and Virgin Holidays among other big companies - working alongside Suzy Bookbinder's reputed Zamala International team.
Each session readies key spokespeople for live TV/radio and press conferences as well as sit down newspaper interviews, getting them match fit and confident in front of the toughest news reporters and high pressure live situations.
Rates and references on request through my 'Contact' page.

I'm proud to have been the go-to guy for huge global brands seeking to break a new market; refurb a website/hub or just offer something shiny and glossy for their existing audience.

In 2019, I produced all wording across banner and video advertising for the Warner Bros'
Mortal Kombat 11 launch (through Studio Qi:Ni).

The brief (see below) was to create a combative, provocative campaign that pitched the new Mortal Kombat 11 game against both the biggest games of 2019 (i.e. Fortnight, Call Of Duty) as well as other contemporary activities (i.e. show playing MK11 is better than watching Game Of Thrones, going to the gym or playing 5-a-side.)

The messaging in both video/poster form, then appeared on tube/bus/rail networks as well as rolling video adverts for Youtube/video boards in stations and across social media.

In terms of helming other projects, I was content editor for Virgin Money's coverage of the Commonwealth Games, creating a microsite where live updates; funnies, videos and memes kept fans of the games informed and entertained as well as professional standard sports coverage. I have also worked on a similar project for Virgin Media covering the Premier League and for Boots Health and Beauty.

I have also offered written assistance to live campaigns for Clif bars; Deliveroo; O2, Boots Health and Beauty, Virgin Money and other massive names in finance.

My role: develop video/print concepts that marry punchy, accessible writing with humorous and challenging rolling footage that appeals to younger and older gamers alike - critically MK11 wanted to grab new audiences as well as excite people who might have been fans of the original game, released some 25+ years ago. So, theoretically audience is anywhere from 12-50 years old.

Outcome: In the instances below I helped create the video concept and then scripted the wording for the final banner. The challenges of this were making the critical messaging and characters of MK11 ring out, whilst making the game look contemporary, all within a space of barely 5-6 words.

Several of the video ads below riff on the key MK character Scorpion's famous catch phrase, "Come here!" or the line - at the end of each fight - that says, "Finish him!"

These are a sample of the final outcomes:
GoT
Fighting
Fortnite
Football

Rates, references and examples on request.

I am happy to create, produce and execute PR campaigns either solo or as part of an existing group, including concept creation, campaign planning and pitching in.

I can also provide impactful and immediate PR assistance on existing campaigns, using my expansive background of experience across the biggest print and broadcast firms.

In 2019, I provided input or a professional polish to successful campaigns for huge agencies like Hope & Glory, Instinct, Clarion and other leading firms.

Example:
Working solo, I created a campaign release for Virgin Money Giving based upon giving online at Christmas. I took the idea from birth, including concept and all writing materials, and produced a release which received a showing of 60 million combined readers across the national press, as well as a key guest spot on Radio 4's You And Yours for a VMG spokesperson.

Rates, references and examples on request.

Use the contact form to send me an email

Keep in touch with me